BAIDU_CLB_fillSlot("890672");
Shenzhen Press Group in 2012 introduced the Kodak Prosper S20, which will be installed on Goss newspaper rotary printing machines, consisting of embedded digital newspaper printing production line. The vertical positioning control of the newspaper embedded digital printing technology is realized by detecting the running speed of the paper tape, the zero-scale black mark, and multiplying the detected pulse. However, in practical applications, there may be cases where the black mark is missing or cannot be detected due to weak color, and an additional black mark signal appears between the two normal black marks. This requires error control, including fault tolerance and error prevention. Alarms, etc.


In principle, the software can accurately print the variable image in the specified position by detecting the zero-scale mark on the newspaper surface and by sampling the encoder pulse and performing ranging calculation, but in practical application. There may be some unexpected situations.
(1) The black mark is missing or weak. In the continuous newspaper layout, there are some black marks missing or weak for some reasons, which causes the black mark probe to not read the black mark of the current layout, that is, the zero scale mark, so in the next one, it is necessary to print the variable graphic. The position will not be printed, resulting in a missing graphic. As a result, in continuously printed newspapers, some newspapers may not be able to successfully print variable graphics. From a product perspective, a defective product is produced.
(2) False detection of the black mark signal. In a continuous newspaper layout, there is usually only one black mark on a layout to provide a zero reference. However, if there is a dirty color block on the layout due to some unknown reason, the system will mistakenly think that it is a black mark and cause a false spray, which will print a variable graphic in a non-designated area, resulting in a false report, and Because it is difficult to find, it may cause adverse effects after flowing to society. This kind of production error is also not allowed.
(3) The black mark is more or the position is abnormal. That is, two or more black marks appear on each printing plate due to mistakes in production, or the black marks on the two printing plates on each printing plate cylinder are not in a uniform position, resulting in inconsistent distance between black marks, etc. . Under these circumstances, if the inkjet head cannot be correctly identified and alarmed, it may cause a printing error.


In order to effectively avoid the influence of the above situation on the printing positioning function, error control, including fault-tolerant control, error-proof control and error alarm, is required.

Fault tolerant control
The role of fault-tolerant control is mainly to deal with the occasional loss of black-label signals for various reasons.
There are two ways to implement fault tolerance control. One is to determine the position of the next black mark by calculating the average number of pulses of the distance between the last 10 black marks, and it is normal to sample the black mark signal between the two pulses before and after the predetermined value. If the black mark signal is not received after the average number is greater than 2 pulses, the current black mark is considered to be lost, and the third pulse is immediately recognized as a black mark signal, and the system immediately starts the positioning function.
Another method is to set the length parameter of the layout in advance, because generally there is only one black mark on one layout, so the length of the layout is equal to the distance of the black label. In this mode, the software does not need to calculate the average number of pulses between the last 10 black marks, but directly converts the length data into a fixed number of pulses for judgment.
Assume that the current ranging pulse count is N, the average black mark ranging pulse or the fixed black mark distance pulse count value is n, and for the average black mark ranging pulse count, the calculation formula is: 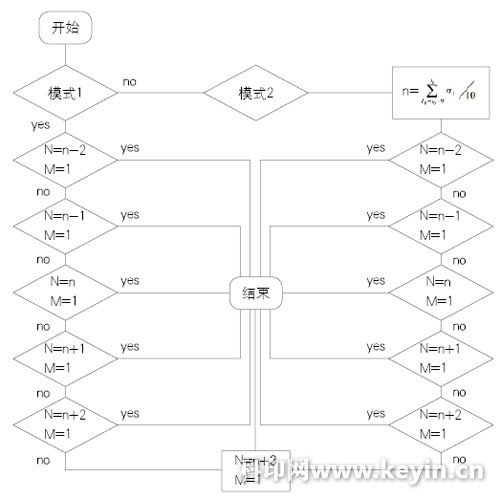 2. Error proof control
The role of error-proof control is mainly to deal with the situation that the black mark signal is misdetected for various reasons.
The system also uses two methods to achieve this function. One is to determine the interval of the next black mark by calculating the average number of pulses between the last 10 black marks.
The other also uses a preset layout length parameter. In this mode, the software also does not need to calculate the average number of pulses between the last 10 black marks, but directly converts the layout length data into fixed pulses. Count to judge. If it is between the two pulses before and after the number of pulses, it is normal. If it exceeds this range, it is considered to be an error signal, and the ranging positioning function is not activated. The basic algorithm for error protection is similar to the fault tolerance feature.
It should be noted that since newspaper embedded digital printing technology is the first application in China, there is basically only one variable graphic on a layout. Future development may require printing two or more on one layout. Variable graphics, which may require setting two or more black tags on a layout, so in this mode, only improved averaging algorithms can be applied to achieve error control. Moreover, both fault tolerance and error proofing control are to cope with the occasional error of the signal. The maximum acceptance range is that there are 3 errors in every 10 black mark signals, for continuous errors (such as black mark errors due to plate making errors). Continuous appearance) requires an alarm function to discover and process.

3. Alarm function
The alarm function is mainly for two aspects of signal errors, one is the continuous error of the black mark detection signal, and the other is the continuous error of the speed encoder signal.
(1) Continuous error processing of black mark signals
There are two main types of continuous errors in the black mark signal: one is the presence of two or more black marks on the same plate; the other is the position of the black mark on the two plates on the same plate cylinder. Not the same. For these two situations, the system can identify and send an alarm signal to the main control system. The main control system performs visual programming according to the alarm signal, and gives the black mark error alarm information in the main operation interface, and the inkjet head stops working. In order to allow operators to check and handle in a timely manner.
In order to achieve this function, the system also needs to sample and calculate the distance of 10 consecutive black mark signals, and then compare with the standard black mark distance preset by the system. If there is a gap between the black mark distance and the preset value of 4 times or more Large (greater than 1cm), it is judged that the black mark signal is wrong.
(2) Continuous error processing of encoder pulse signals
The continuous error of the encoder pulse mainly refers to the missing or discontinuous loss of the pulse signal input by the encoder. If this fault cannot be correctly identified, especially in the case of intermittent discontinuity, the clock scale will be inaccurate, resulting in inaccurate ranging, and the variable graphic will not be accurately printed in the correct position. Waste report.
In order to realize the recognition of the encoder pulse continuous error, the system converts the frequency of the encoder input pulse to obtain the period of the encoder pulse, and performs cyclic subtraction on the adjacent pulse period, that is, T 0 =T i - T i-1, T set error range â–³ T 0, if T 0> â–³ T occurs, can be determined and the encoder fault alarm signal to the main control system. In order to avoid false alarm during acceleration and deceleration, the value of â–³T can be appropriately adjusted according to the acceleration and deceleration performance of the equipment. The main control system performs visual programming according to this alarm signal, and gives the encoder alarm information in the main operation interface. At the same time, the inkjet head stops working, so that the operator can check and handle it in time.

We have many different kinds of liquid filler pen,solid filler pen,lip gloss pen,eyebrow pen,automatic Cosmetic Pen, dual head pen and sharpener pencil. Most pen is twist,and some pen is click.

We promise out standing service tailored to meet your demands. Our products are favored by many customers all over the world and are sold in Europe, North America, South America and Asia.
We are looking forward to your E-mail and establishing cooperative relationship with you! We would provide professional Lipstick Case with good services for you !